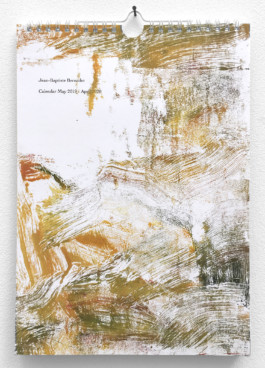 To accompany us during the 365 days running from May 1, 2019, to April 30, 2020, Jean-Baptiste Bernadet proposes a singular herbarium recording the depths of life and time, the manifold imprint of gesture, the unexpected precipitates of painting, as well as the kaleidoscopic colors of our dreams. 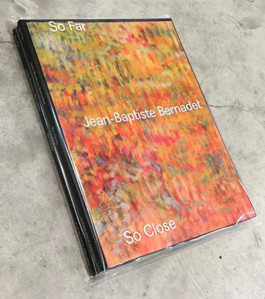 This book is published in conjunction with Jean-Baptiste Bernadet’s exhibition “So Far, So Close” held at Almine Rech Gallery Brussels, April 20–July 30, 2016.

SO FAR, SO CLOSE 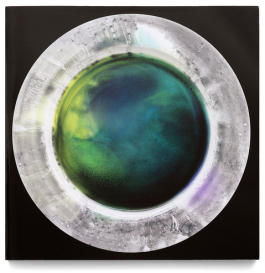 In the form of a thick magazine, this book presents the 255 glazed ceramic plates Jean-Baptiste Bernadet has produced during his 2014 summer residency at Moly-Sabata, France. In this series the artist expands his practice of oil painting on canvas into a new medium. Halfway between functional and decorative objects, the plates become the support of colored compositions that are produced by the alchemy of firing at 1000°C and instantaneously evoke the painter's palette in his studio as atmospheric or cosmic landscapes. 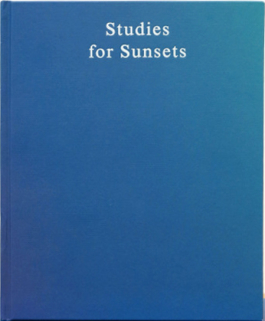 Chronicling the appearance of flags and sunsets in the artwork of Frederic Edwin Church, through the impressionist and pop movements, to the present day - including Bernadet's own series of Sunset Paintings (a direct reference to Church) - Studies For Sunsets looks at the relationship of the two familiar images and how their combination creates a unique significatory instability in the artist's work. 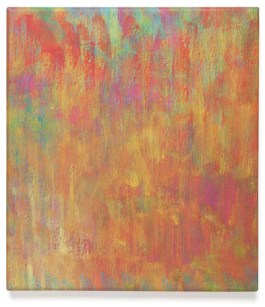 Fugue includes 36 paintings from the series of the same title which Jean-Baptiste Bernadet has created since 2013. Made of repetitive brushstrokes, these colorful paintings are all-over pictures in which the gaze can hardly focus, creating a fugitive sense of perception and memory. The publication gathers the largest number of works from the series and its accordion format, which can be deployed in various sculptural forms, reinforces the continuous shift in perspective in the paintings.

Scenic Drive Ahead is a new book from Jean-Baptiste Bernadet.
While on residency at Chinati Foundation in Marfa, Jean-Baptiste received a blank sketchbook (along with a Texas Rangers baseball cap) as a gift from an order of fine art materials from Blick.com.
The sketchbook, reproduced verbatim, was filled intuitively with pencil and marker drawings, words, stamps, Donald Judd cartoons and doodles. The book also housed words, notes and found texts, many of which later became titles for shows or paintings. These pages were originally scrawled on without any intention of being shown or reproduced. 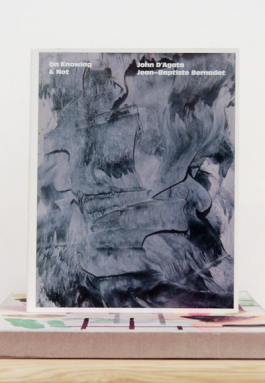 Ten thousand years from now, Vega, not Polaris, will be our North star. The space satellite Voyager, which was launched in 1979, and which has been travelling 40,00 miles per hour, will be closer to the absolute emptiness of space than it will be our home. Even the Earth's continents, which have been migrating slowly since they initially were formed, will be 850 feet farther apart.
And while we won't be living longer than we currently are living, Frank Tipler's book The Physics of Immortality says that if we're wealthy we'll be able to buy the brains of younger baby donors. Download our memories into their minds, and then live through them vicariously until we need another donor.

Read the essay by Caitlin Murray 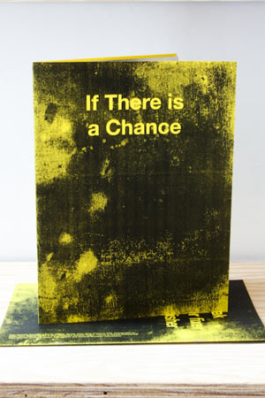 An artists book that compiles the work of the two Brussels-based artists Jean-Baptiste Bernadet and Benoit Platéus made during their 2011 residencies in New York, along with those made by Bernadet during his 2010 residency at the Chinati Foundation in Marfa, Texas.

Each copy of the publication has been individually collated by the artists, so that every book has a unique sequence of images, creating new relationships and different dialogues in each book.

IF THERE IS A CHANCE

For about three years, Brussels-based French painters Jean-Baptiste Bernadet and Xavier Noiret-Thomé have engaged in a sort of game which consists of buying interesting paintings for less than 5 € at flea markets. The artists separately purchase works according to their own findings and then share their discoveries with each other. Once acquired, these paintings find their way into the homes of Jean-Baptiste and Xavier, where they are hung alongside works by established artists without any hierarchy.